In a previous post, we shared some of the economic benefits of having a general aviation airport in our community. Today, we’ll share another of those direct impacts – this time with a bit of a twist. First, did you know that there is an annual all-women cross-country air race? There is, but did you know that the owner of a business at the Winter Haven Regional Airport is one of the pilots in this year’s race? 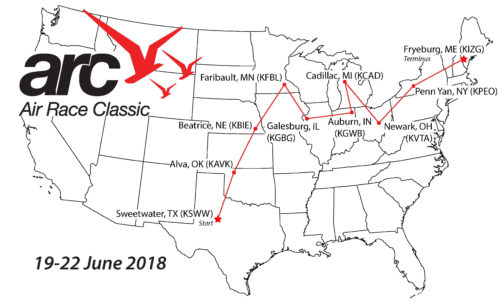 Before we introduce you to that pilot, here’s a bit of race history. Women’s air racing began with the Women’s Air Derby, aka Powder Puff Derby, in 1929 with 20 pilots, including Amelia Earhart, racing from Santa Monica, California, to Cleveland, Ohio. This year’s 42nd Air Race Classic (ARC) continues that tradition and will feature 56 teams of female pilots from a wide variety of backgrounds, including students from 18 colleges and universities. The 2018 ARC will begin on June 19 in Sweetwater, Texas, and end on June 22 in Freyeburg, Maine. The race will cover 2,656 miles, with eight stops along the way.

Now, on to that Winter Haven connection! JoAnne Alcorn and her husband Steve, own DME Services, located in a hangar leased from the City of Winter Haven at the Airport. The company conducts Federal Aviation Administration (FAA) testing for aviation mechanics, and conducts over 300 tests a year. Steve is a Designated Mechanic Examiner (DME), one of fewer than 200 in the country. DME Services has earned praise from the FAA as being one of the best testing facilities in the United States. Applicants travel from around the U.S. and from all over the world to Winter Haven so they can become certified. 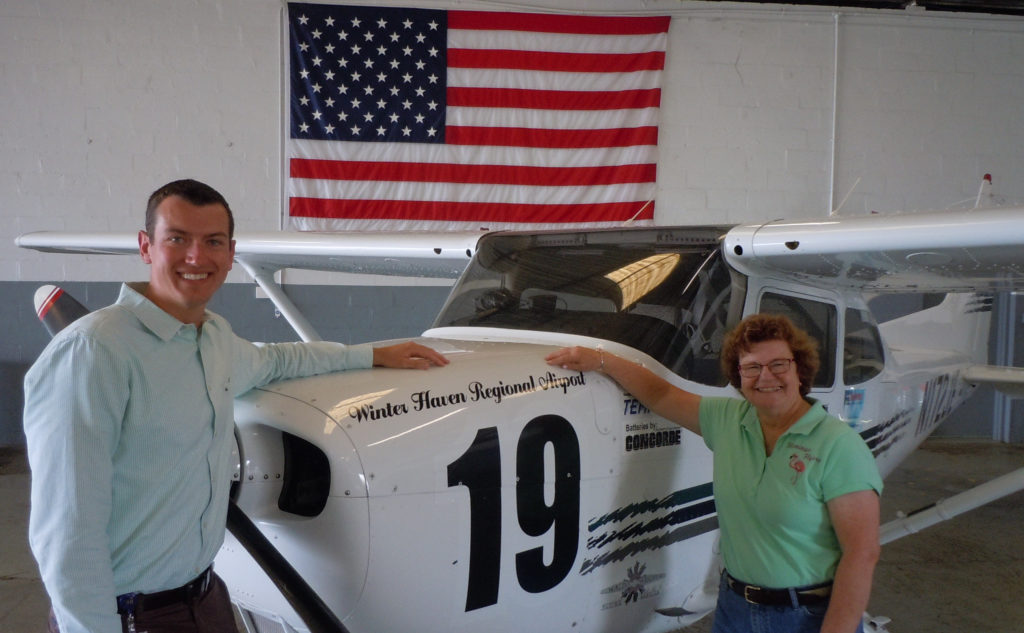 The company enjoys a great relationship with the City and the Airport. In fact, the Winter Haven Regional Airport is one of JoAnne’s sponsors during this year’s race. Alexander Vacha, the Airport’s General Manager, says, “We are proud to support JoAnne as she competes in the Air Race Classic,” adding, “we’re happy that she represents us again this year.”

JoAnne has been flying for more than 20 years, and this summer will be her tenth ARC. In addition to racing, she also serves as a director on the ARC Board. Her best finish in the race so far has been 5th place, and she looks forward to competing again this year with her race partner, Sebring resident Kathy Howitt. Addressing the challenges facing the ARC pilots, JoAnne says, “Racing is a different sort of flying. It’s no Sunday drive and there’s not a lot of time to sightsee. To be competitive, there’s a lot of planning as with any flight but this adds the dimension of time of day, winds, and weather – all under pressure to do the perfect cross country.” One aspect of race scoring involves pilots racing against the clock during flybys at high speed over a timing line. JoAnne is very enthusiastic about this part of the race, saying, “Full throttle flybys are amazing!”

With the Winter Haven Regional Airport decal firmly affixed to JoAnne’s Cessna 172R, our city will be well represented along this transcontinental route that will go through 15 states. If you’d like to follow the team’s progress during the race, the ARC website will have a real-time moving map. Good luck, JoAnne and Kathy!